Bitcoin's recent run has ushered in yet another wave of loud-mouthed permabulls. Generally, the emergence of these fair-weather fans is directly correlated with the price of Bitcoin. Since Bitcoin's recent run-up, however, many altcoins haven't performed to par as they did in late 2017, when they skyrocketed alongside Bitcoin's run to its previous all-time high. Bitcoin, in the past two weeks, has pulled back somewhat from new all-time highs, which begs two questions: Will altcoins follow suit, and if so, which one/ones?

Bitcoin and altcoins are in unchartered territory, from an investment standpoint. They are not commodities, because they don't exist physically. They cannot be considered property for the same reason. The argument of them being a realistic currency is hard to make, as currencies shouldn't make 3-7% jumps overnight. It is also not a stock, security, or equity, since its ownership comes with no privileges.  So, from an investment perspective: what is it?

Bitcoin and altcoins have become something of a divisor in the investment world, separating newer, hipper, and trendier firms and funds from the older, more established, and more experienced ones. Regardless of the class they lie in, they are certainly investments, just not very good ones.

Despite being touted as a sort of decentralized, libertarian currency, established to alleviate the problems that come with regulatory authorities, many cryptocurrency experts have cited flaws with the structure and setup of bitcoin. Many altcoins claim to fix what Bitcoin started, bragging their better payment systems, better fraud detection and protection, more stable pricing, et cetera. It seems that every crypto fan has a different token that they believe is the end-all, be-all of transactions. The number of altcoins is constantly increasing, with new ones popping up seemingly every month, claiming to fix what previous cryptocurrencies could not.  Herein lies the issue with using crypto as an investment.

Those who hold the opinion that cryptocurrency is not the future of transactions might find themselves painfully mistaken in ten years; history moves fast, and no one wants to be caught on the wrong side of it. That being said, innovation is also terribly unpredictable, and the adoption thereof is perhaps even more so.

Those who do not believe in cryptocurrencies will likely be proven wrong, but predicting which coin will become the most widely used is about as accurate as Scotty from Star Trek described warping onto a moving target to be: "...like trying to hit a bullet with a smaller bullet whilst wearing a blindfold, [and] riding a horse."

Sure, Bitcoin is currently the most pricy of the lot, but given that every altcoin established seeks to "fix" Bitcoin, who is to say that one will not eventually surpass Bitcoin in feasibility, and become the most widely used? If or when this does happen, be it a currently existing or a future altcoin that takes the throne, no one will be able to reasonably predict which one or when.

Some may refute this by arguing in favor of a diversified portfolio. Diversity in investing is a two-edged sword, where one edge ensures a stable portfolio, and the other edge multiplies your risk and susceptibility to losses. Diversifying among crypto is about as reasonable as diversifying among penny stocks -- since they're all so volatile anyway, how much can diversifying truly help? Will it be worth it if one token in your portfolio goes up 1000% if the others all go down 90%?

If altcoins want to be taken seriously as a means of transactions, they have to be stable enough to have the owners' confidence. Cryptocurrencies have proven over the past decade that there is no end in sight to the volatility. 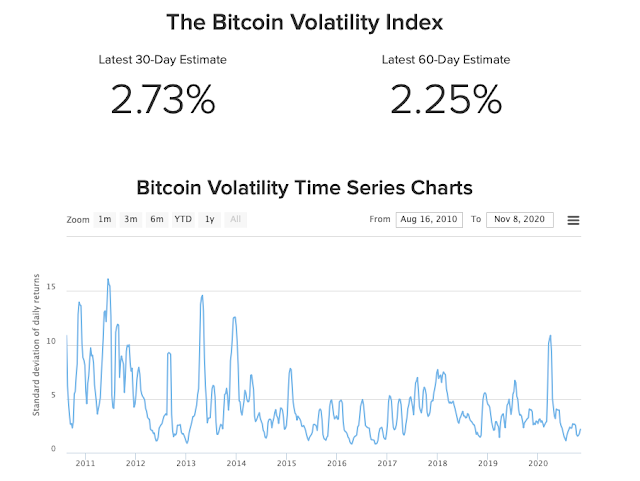 Many of Bitcoin and altcoins' current barriers to adoption could be solved over time, simply through the spread of adoption, but as a financial investment, it is too difficult to accurately predict which token will be the victor. In America, very rarely does a vendor accept anything other than U.S. Dollars. The same is true for most countries. It is unlikely that our society will evolve such that twenty different cryptocurrencies are accepted at every point of sale. It is much more likely that one token will become the most used and accepted, and guessing which one, at this point, is nothing short of impossible.

If they achieve the goals they were created for, cryptocurrencies will become a secure, private, and easy method of transaction. Cryptocurrency does not hold intrinsic value, and its extrinsic value is derived purely from scale and rate of adoption. Cryptocurrencies, although some may go up wildly in price, are not intended to be an investment tool, nor are they a very good hedge against anything. To reiterate: if all goes according to plan, cryptocurrency will be simply that: a currency.

Remember: Bulls make money, bears make money, but pigs get slaughtered. Those who chase riches will end up out of breath and broke.