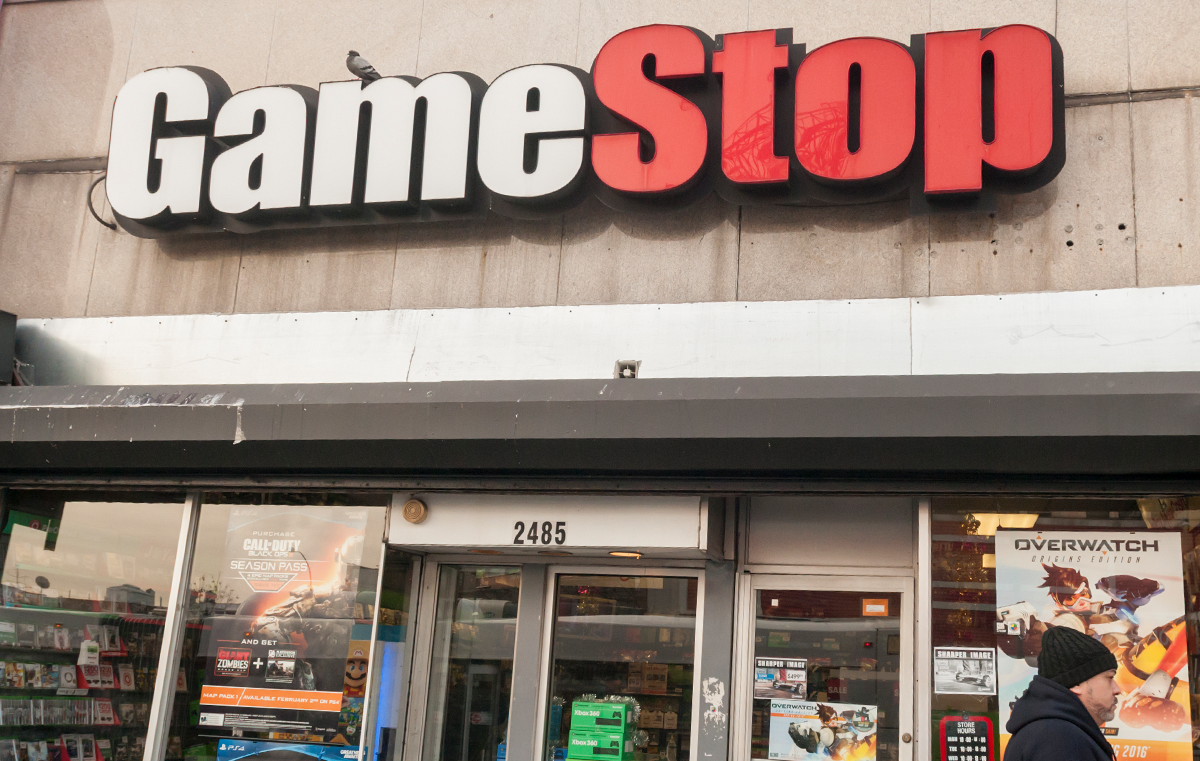 Shares of GameStop Corporation have been on fire recently, and it's caught the eye of investors old and young. The majority of the gains have been attributed to the infamous WallStreetBets community on Reddit. GameStop was publicly ridiculed not more than a few months ago for not having enough long shares to be lent out for short selling. Short interest has been through the roof for a while now, and as of Friday's close, the borrowing rate for GameStop shares was $23.50, about 35% of the share price.

Some call it The Robinhood Effect, others simply call it a cramped bandwagon. Either way, this GameStop foolery has shown the power of retail investors. Generally, market movers and institutions have been the go-to scapegoat for funny business in the stock market. This, however, is a clear indication of how much influence small retail investors can have.

And who can blame GameStop short sellers? GameStop has been clinging to brick-and-mortar stores with a death grip that has dragged any hopes of a profit into the ground. The company's sales have been stagnant for some time now, with petty margins and little-to-no growth. Unfortunately for short sellers, however, rules are rules, and margins calls are margin calls. If it becomes riskier to short, rates will go up. If shorts can't pay the interest from their borrowing rates, they have to cover. Best and worst of all, if a bunch of stimulus-crazed maniacs from a community that glorifies gambling away life savings through stocks agrees to collude in driving the stock price to the moon, there perfect storm will pour.

GameStop is now up nearly 1,500% with no salient news or changes to business models. The only fundamental thing that has changed with GameStop is a new major stakeholder who apparently hand-picked a few new members of the board of directors. While the news is definitely positive, GameStop is still miles behind competition, has little experience with e-commerce, and is in a market segment that is notorious for being brutally fast-paced. GameStop is priced by pure euphoria right now. It's a company that was valued at $200M not more than a few months ago, and is now nearly $5B. Most rational investors would have jumped ship at $30, $40 even, but many on Twitter have been declaring GameStop to be a righted ship that will grow to its former glory, with some claiming that the stock will go to $100 before the squeeze is over.

To those delusional enough to be bullish on GameStop at these prices: No. Sorry, but no. $200M may have been a bit undervalued, but $5B on a company that is losing money is insanity. This short squeeze was driven by fundamentals, and it will end swiftly -- also due to fundamentals. Unfortunately for GameStop, nothing has changed yet except for future outlook, and hope can hardly be valued at $4.3 billion in a case like GameStop's. Those who had the stomach to ride this death trap upward, and look out below. Those who have the gall to short it further, buckle up.

The rules have changed, and not for the better. We are in a market where young, naive investors will buy stocks with no other basis save that they saw someone talking about it on TikTok. The 9% average yearly return of the S&P500 is amateur compared to making 200% in a day with meme stocks like Kodak and Nikola. A friend of mine recently told me how wonderful profits have been since the bandwagon has filled. In what co-workers at his firm coined the "Robinhood Scalp," call option pemiums have never been higher, and writing calls on stocks that are very obviously not "going to the moon" has never been more profitable.

Unfortunately for the young friends who are just now getting into investing, there are many rude awakenings yet to be experienced. Those who have started investing in the past year or two have had the privilege to grow up in the greatest bull market in recent history. It won't last forever, but when exactly it will stop or slow is anyone's guess.